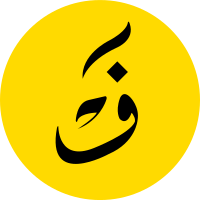 spaces are like the future—unequally distributed. fadaa is a website which facilitates the sharing of spaces between those who have them, and those who need them
lead developer
product manager

as our communications director would put it, 'FADAA is a non-for-profit platform that aims to empower individuals and entities from around the world to temporarily donate spaces and facilities to artists, creatives and collectives, at no cost.'

as i would put it, fadaa is an opportunity for me to make people realize that sharing isn't that hard, that sometimes sharing involves meeting, and that meeting can lead to good storytelling.and, as a friend once said, 'god put us on this earth to tell good stories'.

in practice, it stands in the lineage of things like couchsurfing, in which people volunteer their time and space to those who do not have it; which could be a backyard, a recording studio, an empty basement, a vacant hotel lobby. after a couple of years of development and initial funding by the open society foundations, we're now hosting initial spaces, mostly in what some call the global south.