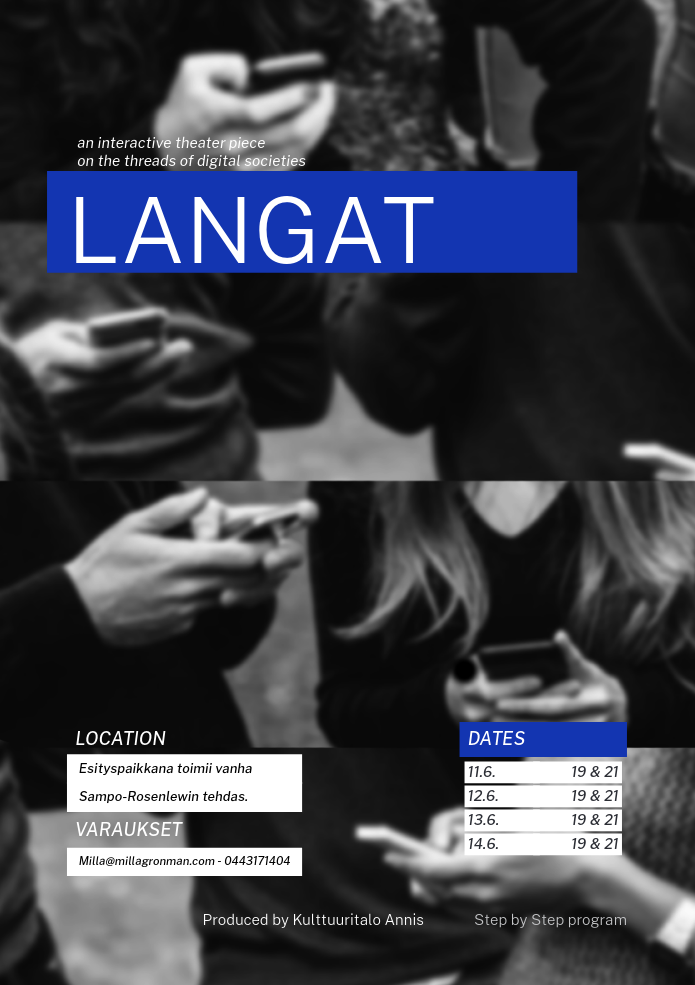 a theater piece devised and performed during a residency in pori, finland. working with smartphones, teenagers and european union funding.
writer
programmer

in the summer of 2019, farid ayelem rahmouni invited me to collaborate with him during a three week residency in pori, finland. we were embedded in a cultural and social organization called annis, and within a european project for young people whose future might be uncertain, called the step by step program. with them, we wrote, staged and performed a version of the piece.

the piece depicts the everyday lives of teenagers, and how these lives and bodies are mediated and pupeteered by smartphones. upon arrival, the audience was asked to connect to a wifi network, from which they could receive push notifications during the show, prompting them to answer a certain question. on stage, performers would also pull out their phones and await the result of the opinion poll. depending on the answers, they would then need to perform a specific scene.

this is an artistic research project which attempted to see how we could seamlessly address the issues of choice, preference and control in a media-saturated palm of our hands. but honestly, the best part is that we got to perform in an abandoned wood factory in the outskirts of town, a gorgeous warehouse made of pine tree slabs.