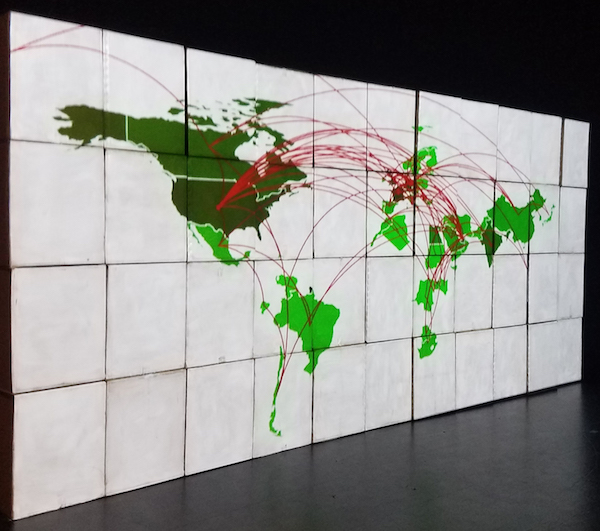 this is an attempt to undermine the domination of slideware in classrooms around the world.
oversight
coordination
design

NYU abu dhabi and their arts center collaborated on an interactive theater project called the Cartography residency that allowed the audience to participate in the performance using their phones. I overviewed a team of three interactive media graduates (mateo juvera molina, grace huang, andrija klaric) in their development of the technical infrastructure of the piece.

the goal of the project was to provide an opportunity to those graduates to work in a professional setting, contribute their skills to a collaborative effort with a team of performers who might not have had any experience in working closely with technologists, and develop an avenue for a dialogue between them and the directors, between the stage and the audience, and between the human and the digital.

i started as a coordinator and interface between the research group and the troupe, but the graduates were so good at what they did that i could just sit back and enjoy.