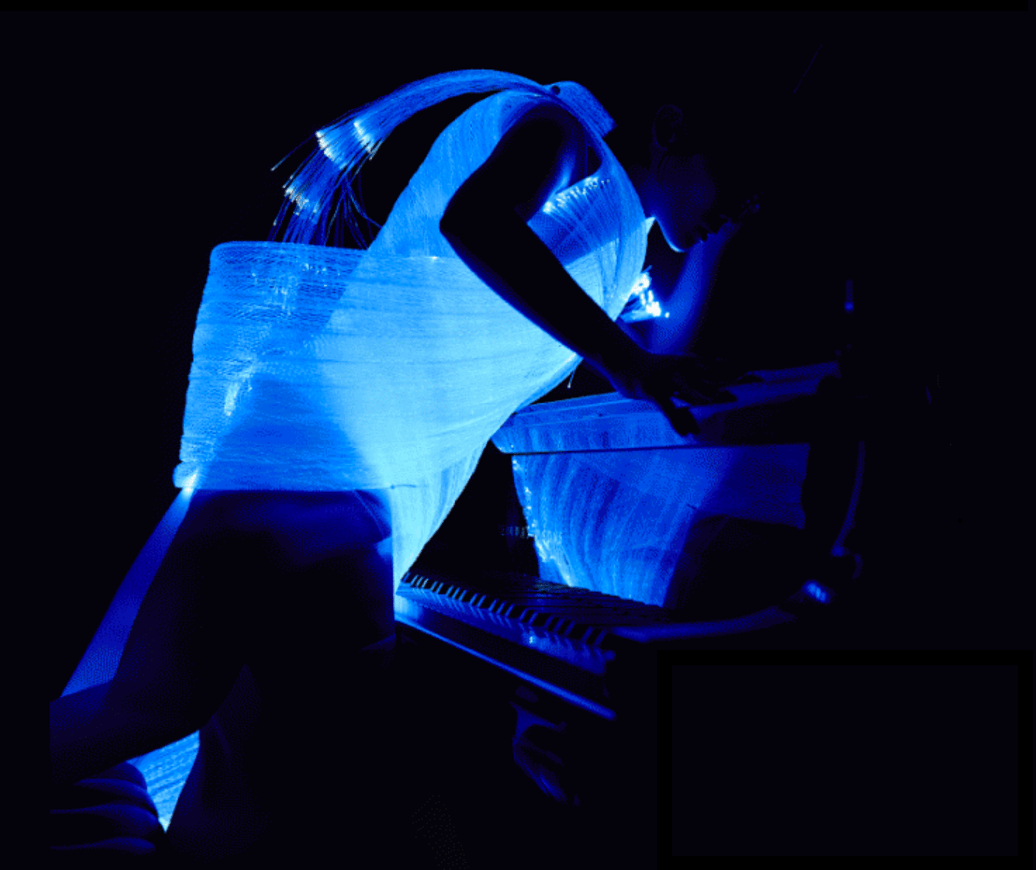 a piano performance using multiple aspects of network technologies, from audio broadcasting to mobile web servers, for a concert of four different pieces, premiered at stony brook university. my main task was to stream data to the fiber lamp from the various composers' applications, and to generate light patterns which would then illuminate the fiber optics dress of the performer.
programming
stage management

synaesthesia playground started as jocelyn ho's doctoral thesis in music performance at stony brook university. articulated around the concept of synaesthesia, the coming together of separate aesthetic domains, i was originally tasked to write an interface between a javascript server, a max application and hardware for illuminating a structure made of plastic fiber, and designed by nobuho nagasawa. the interface ended up being an osc server written in python, listening for osc messages and converting them to hid messages to communicate to the hardware over usb (fun fact: there was a typo in the spec sheet which cost me a solid week).

due to the fact that this interface was crucial to most of the pieces performed, i became the stage manager for the first few performances in new york city, and was then invited to ucla for an inaugural performance. los angeles is an interesting place.