human rights in the age of mechanical keyboards 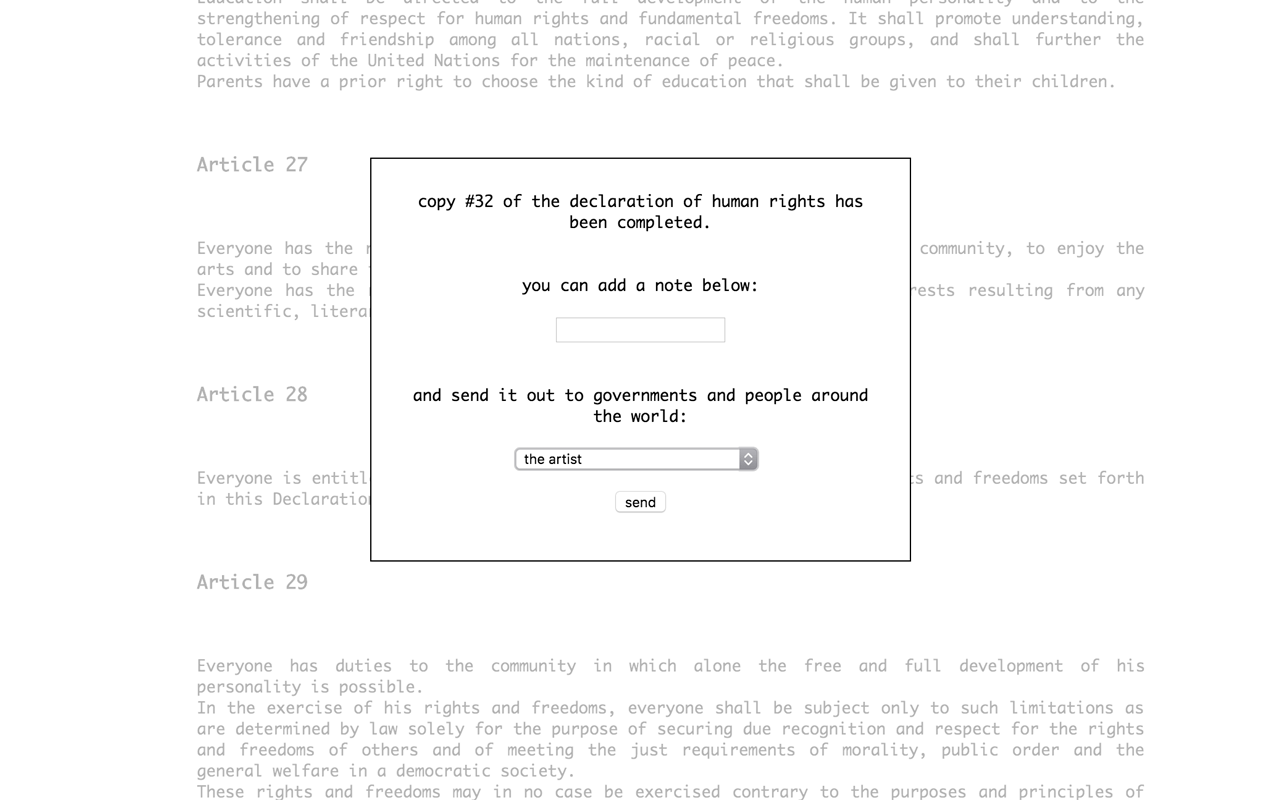 a chrome extension and a website work in tandem to intercept all the keystrokes typed in a give browser and, each time, add a new letter to the declaration of human rights written out on the website. once a copy is completed, it is sent via email to a curated list of institutions and people who could use the reminder.
programming

The Work of Human Rights in the Age of Mechanical Keyboards is a networked piece addressing issues of political action, content production, and worldwide organization. The piece is composed of a central website and of a plug-in for Google Chrome. The plug-in, installed on computers around the world, captures, anonymizes and forwards each keypress that happens within that browser to the central website. Each keypress, then, is translated into an added character to a copy of the Universal Declaration of Human Rights, which slowly unfolds in front of the spectator’s eyes. Once completed, the Declaration is sent to a set of email addresses to which any one can contribute. And then it starts typing again.

This piece explores the tension between the immediacy of technological action, as keystrokes are gathered from all around the world, instantly constituting this document, and then immediately sending it to email addresses to the most influential organizations around the planet in a heartbeat, and between the inconsistency and slower development of political action. The act of ignoring one’s inbox becomes a metaphor for dismissing the voice of the people a voice, which, in the end, only stems from endless waltz on computer keyboards, happening as an afterthought to normal, everyday action.