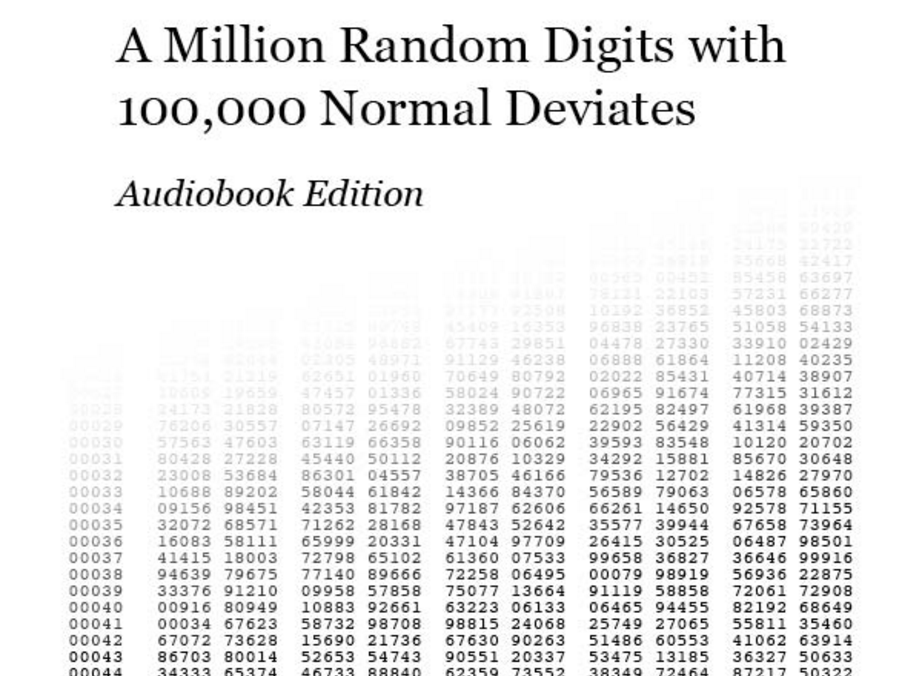 a project made in a day at the terrible ideas and stupid shit no one needs hackathon. i've been fascinated with the desire for humans (well, engineers), to reach the ability to generate true randomness. one of those early efforts was by the rand corporation, as it published "a million random digits and one hundred thousand normal deviates". made with pat shiu.
programming

how is it possible to create the unforseeable? what is the role of something that looks so boring at a human-level, but on which depends most of our economic and military infrastructure? if those numbers are useless when read out loud, when do they stop being useless? when should we as individuals care about random number generation (and, in turn, about software engineering in general) if it has such a small appeal in and of its own?

and, again, it was fun to slap all the apparatus of the publishing industry onto something that was very carefuly designed not to make sense to humans.