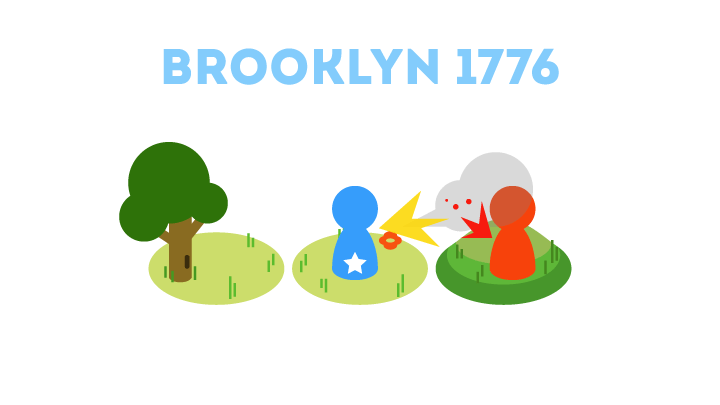 brooklyn 1776 is an iOS and android game produced by creative good. the game focuses on re-creating with historical accuracy the battle of brooklyn in 1776.
systems programming
interface programming

the game is a turn-based tactical game in which the player has to sustain incoming waves of british and hessian units, until she finds the solution to keep washington and his troops alive to fight another day.

i came on the project once the basic system had been designed, and my main task was to make sure the game would run smoothly on iOS, by optimizing the code, adapting the UI, implementing last-minute design changes and android port. the project was a delight to work on, and received favorable reviews from publications such as the village voice and an award from brooklyn tech institution technical.ly brooklyn.