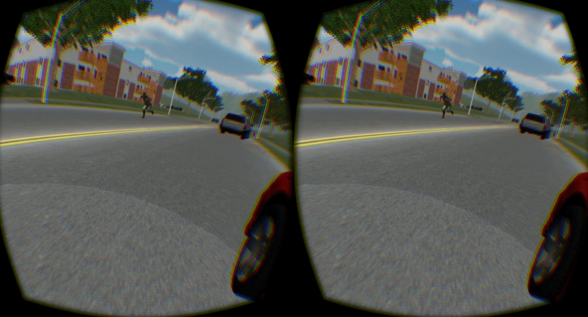 a virtual reality app for android in which you explore the testimonies and evidences given at the grand jury trial of Darren Wilson about whether he committed a crime or not.
programming

the application allows you to follow beacons one by one, hearing the testimonies of different witnesses, examining proofs that were laid on the ground (bullet cases, a shoe, a hat). while i'm sure that this will not help elucidate the whole affair, since every testimony appears to contradict the previous one, i think that it is important not to forget that if the benefit of the doubt should be given to the prosecuted during trial, it should also be given to victims of police shootings -before they get shot.

both apple and google have now rejected the app from their stores.